MACD stands for “Moving Average Convergence and Divergence" – a method for analyzing the timing of a buy or sell by displaying two exponential moving averages.

This article will show how to display and trade the MACD on MT4.

How to display MACD on MT4

MACD is a standard indicator available when downloading MT4.

Can display by dragging and dropping the MACD onto the chart you want to apply. from “momentum" → “MACD". 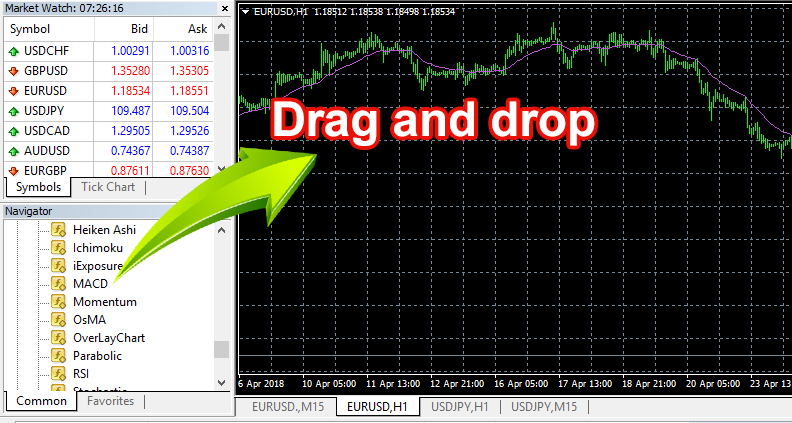 The MACD setup screen will be displayed, you can still use in basic installation mode without reinstallation.

Click on the “OK" button, the MACD will be applied to the chart. 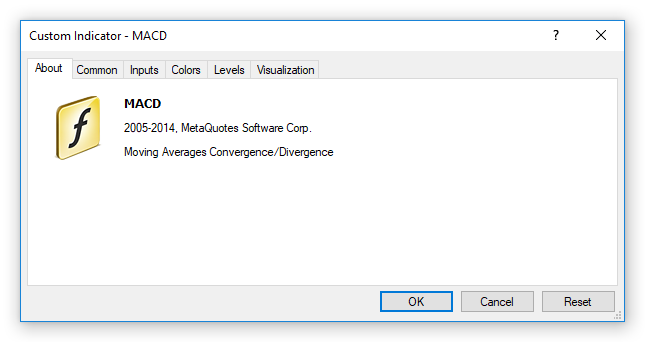 How to view and apply MACD

MACD has two ways of analyzing.

In any case, trading prediction will vary based on the time frame, in which short time frames of 1 minute or 5 minutes of trading are easy to deceive.

Therefore, when trading in a 15-minute time frame, if you combine the 1-hour time frame, it is easier to predict the trade.

The MACD is displayed at the center of line 0.

The line chart as the signal line at the Column Chart is the MACD, which was displayed at the MT4 sub window.

You can predict a trade when the MACD crosses the signal line.

If coupled with an intersection between MACD and signal, the market trend for line 0 when trading on a compound risk basis becomes low.

The MACD is a momentum indicator to predict “overbought" and “overbought" conditions, so the MACD is often used together with other indicators such as envelope or moving averages.

Recap on how to use MACD 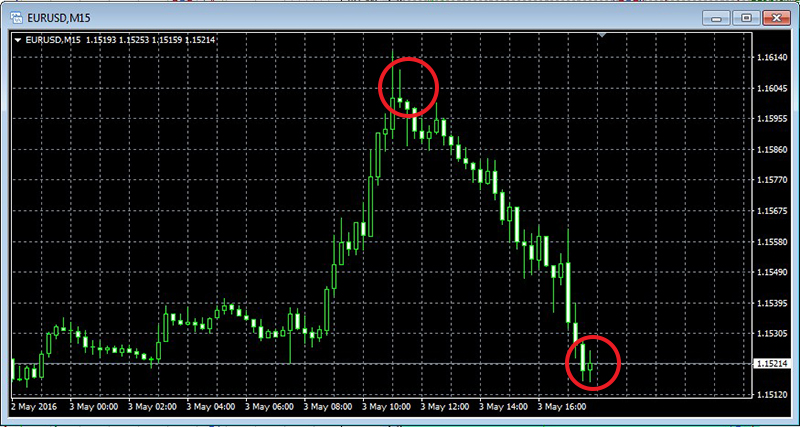 How much capital needed to trade Forex?
Next

How to open a Real account XM Group! It only takes 2 minutes! Can be traded immediately with bonus
Prev

Is it safe to trade Forex?

FOREX trading is attractive because it c ...

It is very simple to display the chart f ...

How much investment is needed to trade Forex?

At "XM Group" you can open accounts from ...

How to customize MT4 chart screen